It's a picture-heavy post today as I bring you my next two Paris album layouts.  They are of the Catacombes of Paris and the Pantheon, both of which we found to be amazing places. 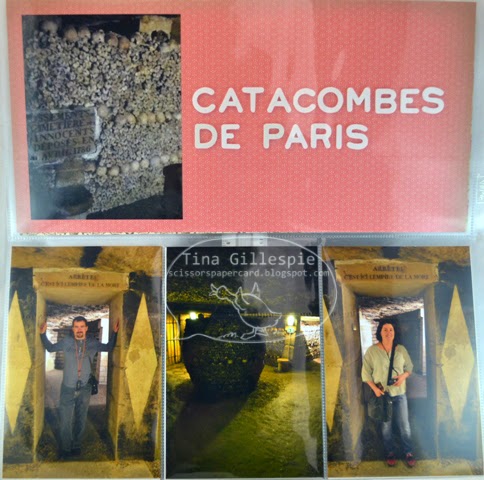 The Catacombes was one of the only places we had to wait in line to get in.  I think we waited around 30 minutes - luckily there was a crepe vendor nearby! There was a long climb down before we got to the tunnel entrance.  Rob was a bit creeped out by the dripping limestone, but it didn't worry me too much.

In case you weren't sure, the Catacombes are where the French government relocated the remains of millions of people were reburied after the cemeteries overflowed.  The tunnels were originally the quarries, and were starting to collapse under the city - so the government solved two problems at once! At first the bones were just thrown in, but then the workers began to arrange them into pretty patterns using the skulls and long bones. 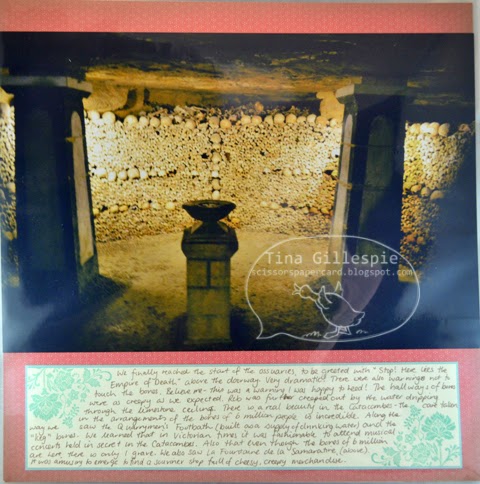 According to the audio guide they even used to hold musical concerts in the part of the tunnels shown above!  We found it to be a very fascinating place, but we were very glad to be above ground again at the end of the tour. 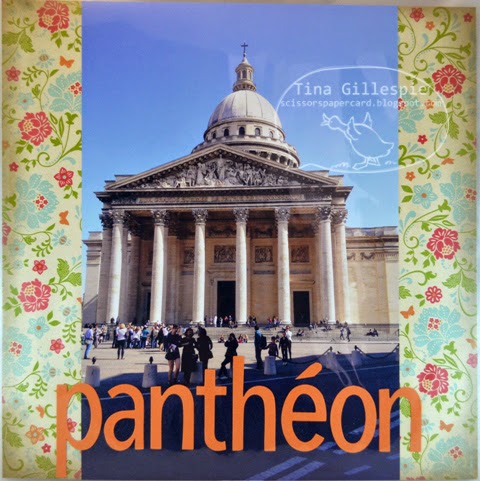 Next stop was the Pantheon, which is this huge, magnificent building that now houses the remains of many of France's most notable citizens. 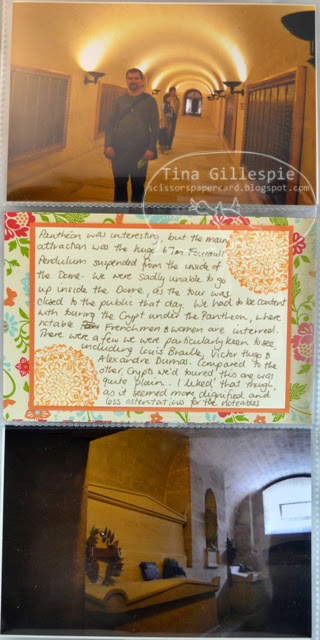 We toured the ground level first.  It was a huge, open area that had many sculptures and artworks.  My favourite was a scale model of the building with cut away sections to view the inside.  We then went underground to explore the crypt, where we viewed the resting places of people such as Voltaire, Dumas, Braille, Cure and Hugo. 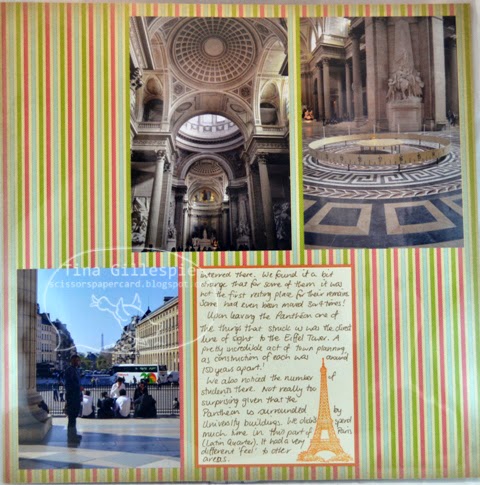 Unfortunately the Dome was closed, so we were unable to take in the view from the top.  It was fun to do a little people watching from the steps at the front of the Pantheon.  It is located in a University Precinct so there are a lot of students in the area.  Many of them were enjoying the sunshine on the steps at the front of the building where you got a lovely view of the Eiffel Tower.